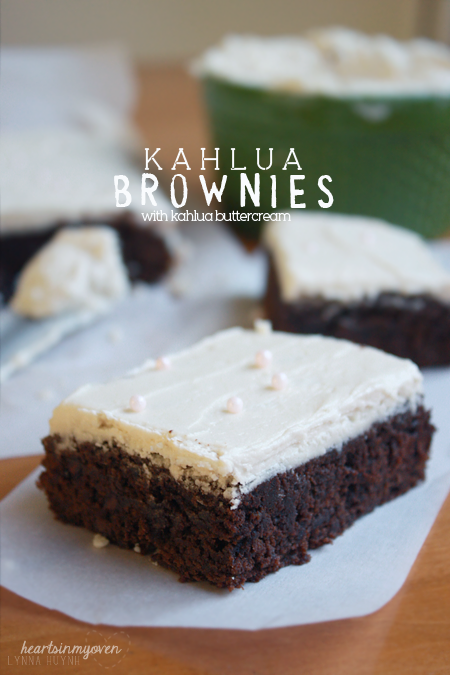 Welcome back to Week 2 of Brownie Mondays this month! 🙂 I hope you all liked the first post last week.

I let some of my other friends have some and they said these were crack brownies because these brownies were so good and addicting! Haha~ Of the brownie recipes I have tried so far, these are my second favorite! I definitely ate more than I would like to admit since I baked these for my roommate`s 21st. 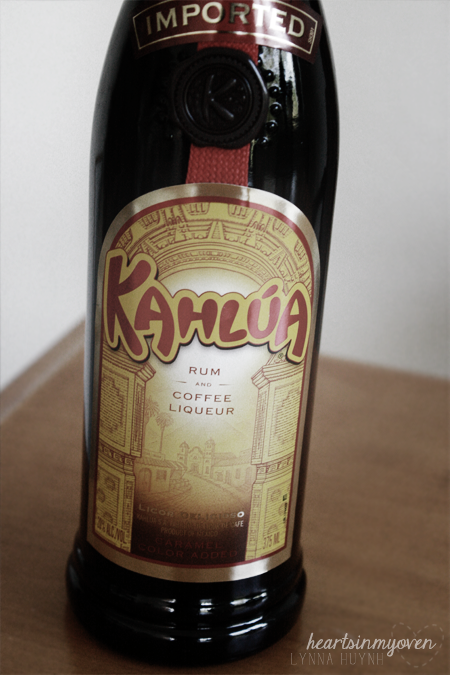 I didn`t use all of the frosting since I don`t like it when my desserts are so sweet they hurt my teeth. However, if you absolutely love frosting on your brownies, you can definitely have a thicker layer!

The only downside to these brownies is how they are baked in an 8 inch pan, which means less brownies. LOL. However, it`s a good thing, in a way, because less brownies baked = less brownies in my body = slightly healthier body.

Also, the frosting actually has alcohol in them, so keep these away from children! The brownies has some too, but I`m pretty sure the alcohol was baked off. If you want to be careful though, then just omit the Kahlua from the brownies and substitute with vanilla extract. My rating for these: 4.5/5! 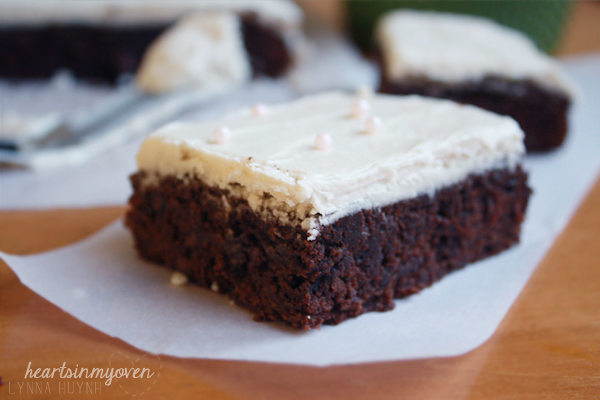 Kahlua Brownies w/ Kahlua Buttercream Frosting
Adapted: AllRecipes+ Erica’s Sweet Tooth |Yields: 16 squares | Level: Easy | Total Time: 1 hour | Print
Directions:
Brownies:
1.      Preheat oven to 350°F. Line an 8in x 8in pan with parchment paper.
2.      In a large saucepan, melt butter. Remove from heat once butter is completely melted.
3.      In a medium bowl, whisk together sugar, brown sugar, eggs, vanilla extract, and Kahlua. Then, add this to the melted butter.
4.      Shift in the cocoa powder, flour, salt, and baking powder. Use rubber spatula to mix until just incorporated. (Careful not to overmix!)
5.      Transfer batter into pan.
6.      Bake for 18-20 minutes. (Good at 20 minutes!)
7.      Allow brownie to cool for about 10 minutes before removing brownie from pan to cool on cooling rack completely.
Kahlua Buttercream:
8.      While brownies are in the oven, make the buttercream: In a bowl with mixer, beat the butter until light a fluffy (about 3 minutes).
9.      Slowly add powder sugar and beat on low speed.
10.  Add Kahlua and vanilla extract and beat on medium-high until combined and frosting reaches your desired consistency.
11.  Add sprinkles!