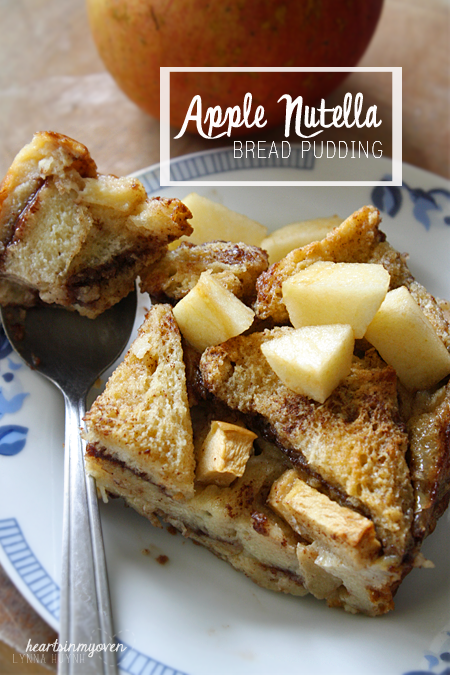 Ever since then, I`ve had bread pudding on my to-bake list. Well, after 3 years, I finally got around to testiing bread pudding recipes! I added a little bit more pizazz to this bread pudding with Nutella and apples. Bread pudding is some sort of fancy dessert, so why not add some addicting chocolate hazelnut spread and apples to the mix? 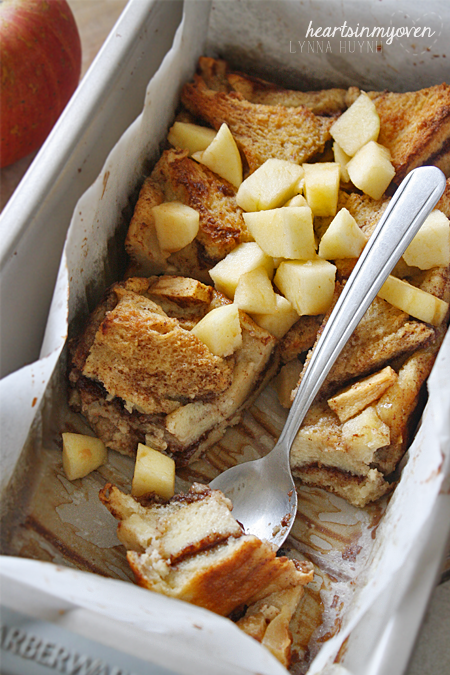 I`ve tried a few bread pudding recipes and liked this one the best. Mainly, because I don`t usually have those thick breads like challah, French, or sourdough bread at home, so I liked that I could use sandwich bread slices to make this.

I originally thought it would be too soggy since sandwich slices are pretty thin, but it worked and it tasted great! I basically ate this whole thing myself! I ate it for breakfast and dessert. I mean, it`s made with sandwich slices and Nutella…it`s like eating toast in the morning. AND, it`s sweet so it`s also dessert. 😛

Also, I really don`t know what the difference between bread pudding and baked French toast is. I mean, I`ve researched it and different sources say different things. I`ve just concluded that bread pudding might include a larger ratio of milk compared to the bread, but I`ve seen recipes where it was the opposite. Eh, it doesn`t matter in the end because both are mighty tasty and I would (and have) eat both for breakfast and dessert. Haha~ 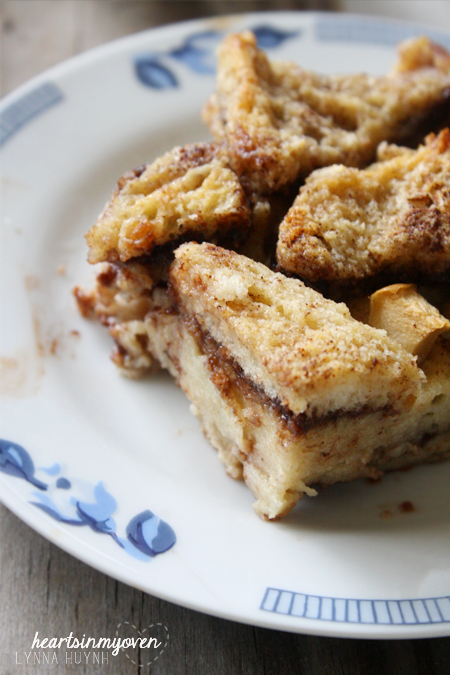