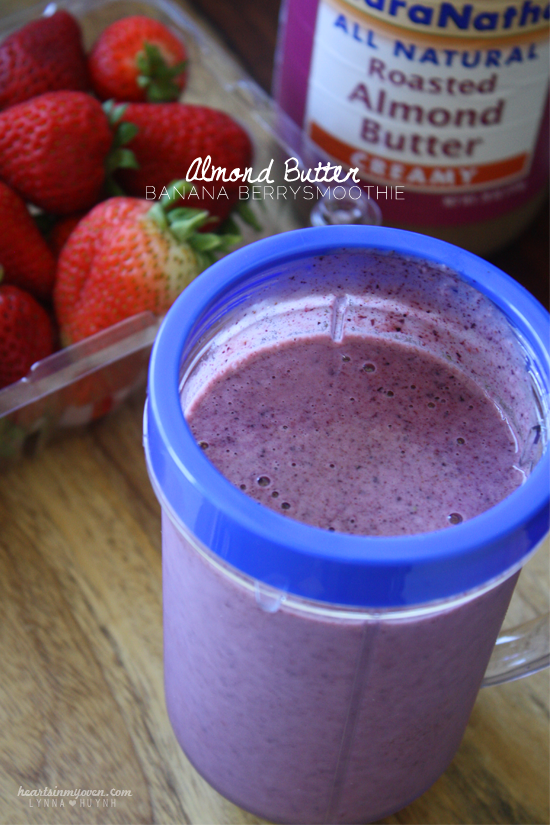 Then, I realized how this is a blog where I talk about the foods I make, so I felt I should share, regardless of how simple this recipe is.

Let`s be real, several years ago, I never even knew how to make a smoothie. I would always buy them at Jamba Juice. My family didn`t raise me on smoothies, since, they themselves, do not drink them. It`s kind of funny when you realize how easy, simple, and tasty homemade smoothies can be!

I had a few friends who told me they drink smoothies instead of eating lunch since it makes them full. I used to think they were nuts! Smoothies are drinks! You can eat AND drink your smoothie. Of course, I`m a slow eater and I like carrying my smoothies around with me, taking hours to consume…which is why I never realized how filling they can be. Sorry, friend. I take back what I said! I mean, I still don`t replace meals with smoothies, but I do know people who often do! No judging, here. 🙂

For the past several months, I`ve been keeping a tub of plain of vanilla yogurt in my fridge at all times. With yogurt at my disposable, I`ve been finding recipes to use them. I felt a smoothie was a great idea. And, hey, why not add a few tablespoons of almond butter to the mix?

This is very versatile, feel free to use peanut butter instead of almond butter. Switch the berries, with whatever you have on hand.